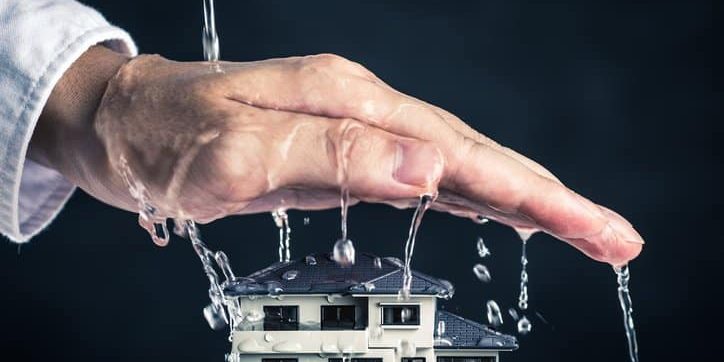 Any kind of flooding places your electrical system at serious risk, requiring complicated repairs that should only be undertaken by trained professionals like us at A-Star Electric.

Different types of building flooding include:

The home and business flooding suffered in 2013 was generally a combination of sewers backing up and overland flooding.

Steps to Take if Your Electrical System is Flooded

Ground fault circuit interrupter (GFCI) receptacles will immediately shut off when exposed to water, but this doesn’t prevent damage due to submersion.

The first thing you should do if your basement is flooding is immediately turn off your entire electrical panel using the large (most commonly black) switch at the very top. Live electrical currents exposed to water are extremely dangerous, as electricity can flow anywhere it wants and essentially turn your entire basement into an electrocution hazard. If water has reached the level of your outlets, leave your home immediately and contact ENMAX to turn off the power to your entire plot. Contact ENMAX to shut your property down even if you did manage to turn off your electrical panel, as they will need to ensure repairs have been carried out properly in order to restore service.

Repairing an Electrical System After a Flood

Only qualified journeymen electricians such as those of us as A-Star should undertake electrical system repairs after a flood. Circuit breakers and wiring will all likely need to be replaced, as well as outlets, switches, fuses, and transformers that were submerged. All electrical appliances and anything run by electricity that was immersed will also require replacement.

Install a Generator to Mitigate Damage

In addition to a backflow valve, installing a permanent generator can help ease the devastation caused by a flood. They can run sump pumps to rid your basement of water, and once your home is dry they will also run essential appliances such as your furnace, refrigerator, ovens, and lights, saving you from the expense of lengthy hotel stays, the discomfort of having to stay at a friend or family member’s home, the loss of ruined (and expensive) food, and damage caused by frozen and burst pipes.

A-Star Electric provides residential and commercial electrician services in Calgary including electrical panel and wiring upgrades and replacements, complete electrical installations, lighting design and overhead line services. Have a look at some of our favourite jobs for an idea of what we can do, and contact us if you would like to receive a qualified quote from our professional electricians.

Why Installing a Generator is a Good Idea
December 20, 2018