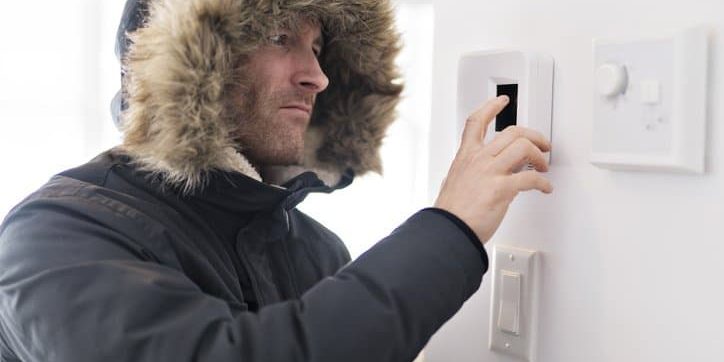 We’re all becoming keenly aware of just how perilous a state the Earth is in. Extreme weather incidences caused by climate change are increasing in frequency and severity, and the United Nations is warning that we only have 11 years before climate change is irreversible, putting the planet’s inhabitants at extreme risk of poverty and starvation due to droughts, fires and extreme heat. In order to stave off this occurrence, average temperatures must not rise more than 1.5 degrees Celsius. We are already one degree warmer than at preindustrial levels.

To achieve this goal we must reduce greenhouse gas emissions, which are mainly caused by the burning of fossil fuels such as coal, oil and natural gas, to produce electricity. This is one reason why we should all be doing our best to save energy. Another reason to try to save energy is to reduce our energy bills. A little bit of saving is always good!

But perhaps the most important reason to save energy is simply because it’s the right thing to do, for both the planet and our futures.

To become more energy-efficient it’s good to understand what appliances and electronics in our homes have a tendency to gobble up electricity. Here are the top five home energy suckers and what you can do to beat them.

Whether you use gas, water or electricity, heating your home accounts for more than half of your energy bill. And while we are stuck in a seemingly never-ending cold snap in Calgary right now, many of us have our thermostats cranked just to keep comfortable.

The most simple way to reduce the use of your heater is to just turn your thermostat down and wear warmer clothes while at home. But for the elderly or those suffering from medical conditions, this may not be an option. A smart thermostat can assist, which can be scheduled to reduce heat at the times when people are not at home and even in certain rooms that are not used often.

An investment that will soon pay for itself is a different type of boiler called a sealed combustion boiler. These fire at different settings, so will burn lower on slightly warmer days rather than firing at the same level no matter what the temperature is outside, which is how most conventional boilers work.

Air conditioning units are not “de rigueur” in Calgary, simply because we don’t usually have that many days that are insufferably hot. A much more economical way to cool your home is by using ceiling fans instead. It’s also a good idea to keep your curtains and blinds closed, as most unwanted heat enters through windows, especially those facing south and west.

Another reason to move away entirely from old-fashioned incandescent light bulbs to LED lighting is because they give off far less heat, as well.

This probably doesn’t come as much of a surprise, as water heaters are among the largest and most used home appliances. Save energy by lowering the temperature of your water heater to where it still provides hot water but is more efficient. For most people this is about 120 degrees Fahrenheit (or about 49 degrees Celsius). You can also wash your clothes in cold water. Many of the newer washers do just as good a job with cold water as with hot. Finally (and happily), dishwashers use far less energy than washing by hand.

LED lightbulbs use up to 90% less power than incandescent bulbs and are estimated to provide between 60,000 and 100,000 hours of use. Considering incandescent bulbs last for 1,500 hours at the most, you would have to buy 40 to last as long as one LED bulb. They also don’t break as easily, work well in extremely hot and cold temperatures, and can be turned on and off numerous times without wearing out.

Having dimmer switches installed is another way to save energy, and they provide great ambience in rooms. Occupancy sensors are also an option, which sense when a room is occupied or not. If someone has left a room and forgotten to turn off the light an occupancy sensor will do it for them.

Use of computers and electronics is said to comprise about 9% of energy bills. The biggest offenders are, yes, your big-screen TVs. Ways to save energy but still enjoy surfing the web and watching your favourite shows include implementing the power settings on your computers, which will put them to sleep after a certain time of not being used, and you should always remember to turn them right off when you are finished. This also helps fight against hackers. Check your TV, too, to see if it has energy-saving options, as many of the newer models do.

Also be sure to use surge protectors, which protect sensitive electronics from the dozens of internal power surges that can happen every day, each time you fire up an appliance. When you are finished using your electronics, turn off the panel to prevent them from using “vampire power,” which is electricity drawn from your system even when they are not in use.

A-Star’s certified journeymen electricians can help make your entire electrical system as energy-efficient as possible. We always work to not only meet, but exceed electrical codes. Your electrical system is vital to both the functionality and comfort of your Calgary home or business, and we treat your property the same way we would treat our own. Contact us today!

Why Installing a Generator is a Good Idea
December 20, 2018